Booking on Eventbrite ?  Lots of American companies on there: Relish Dating, My Cheeky Date & City Swoon.

For years and years we could not work out why Australians would support an American company called Fast Impressions.  They eventually closed in early 2015.  About 6 months later in September, this same American company started up again with a new website called City Swoon.  They even kept their very ambitious $89 ticket fee the same.  False claims as having the largest Speed Dating Event in the world.  Not so sure how a brand new start up company could manage this.  We highly doubt their TV and Radio exposure also. 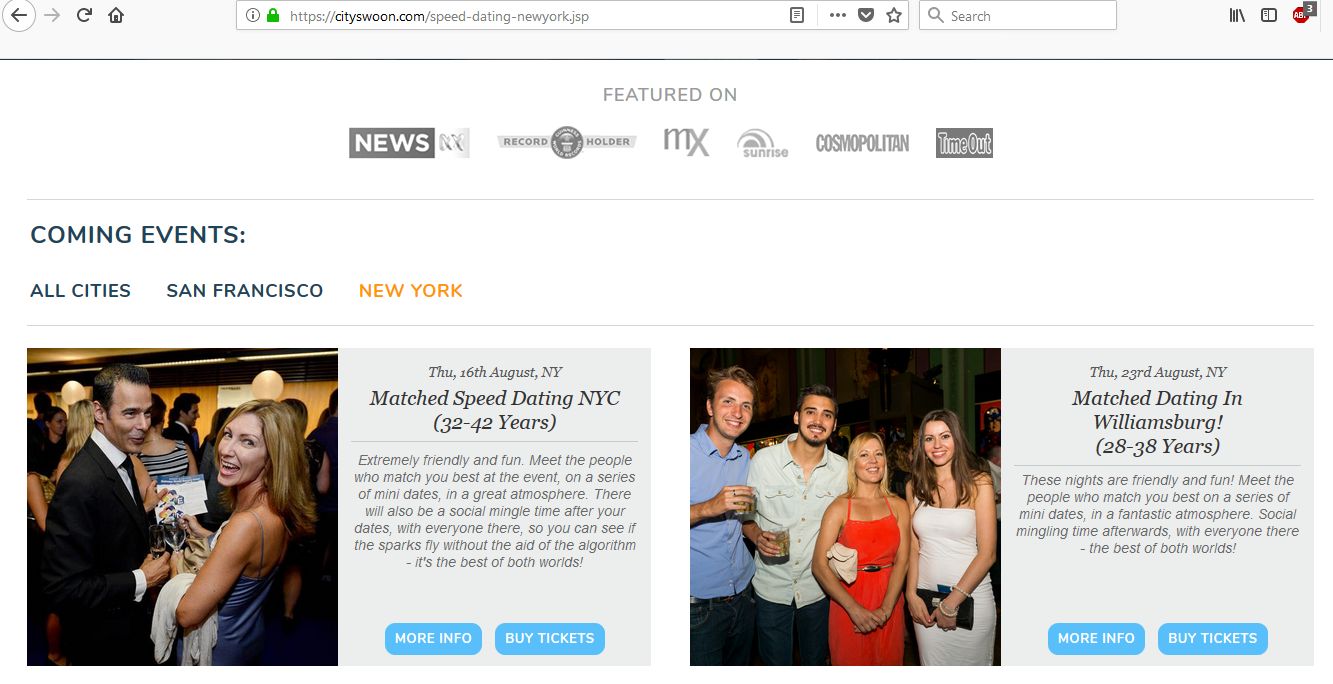 Below photo is their comeback event in Australia, still keeping the $89 ticket fee. September 2015.  Using one of our venue's Fringe Bar / Osborne Hotel was a nice touch... 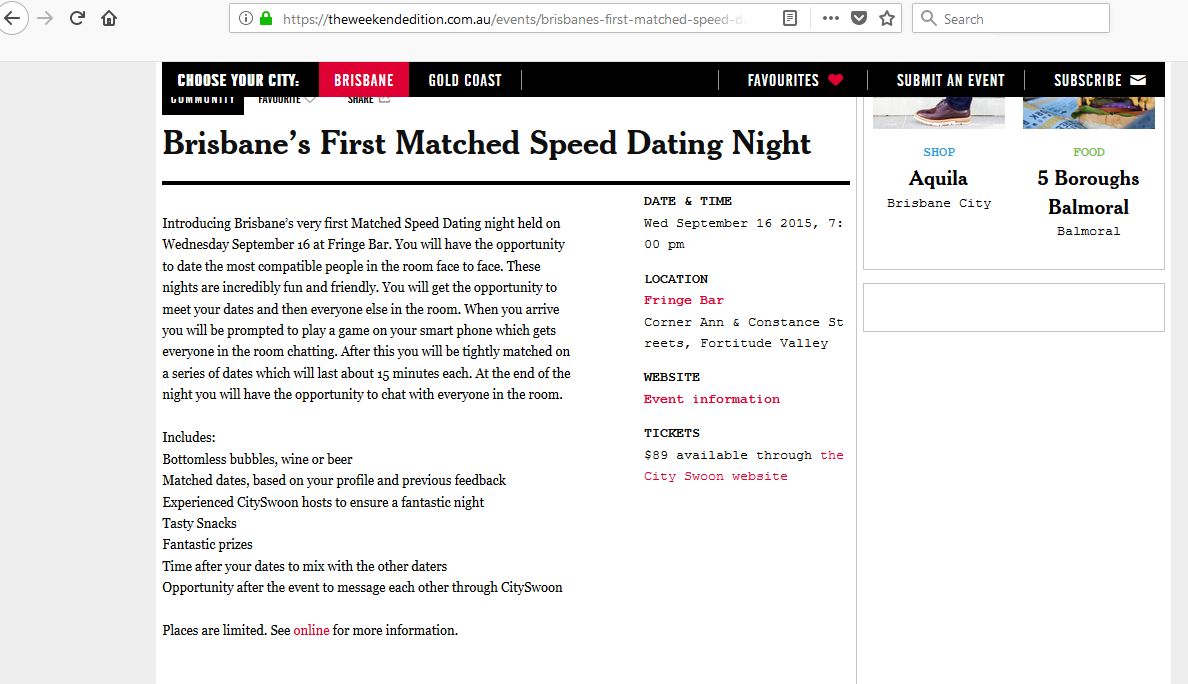 Next photo below is My Cheeky Date who run in Canada, American and England. 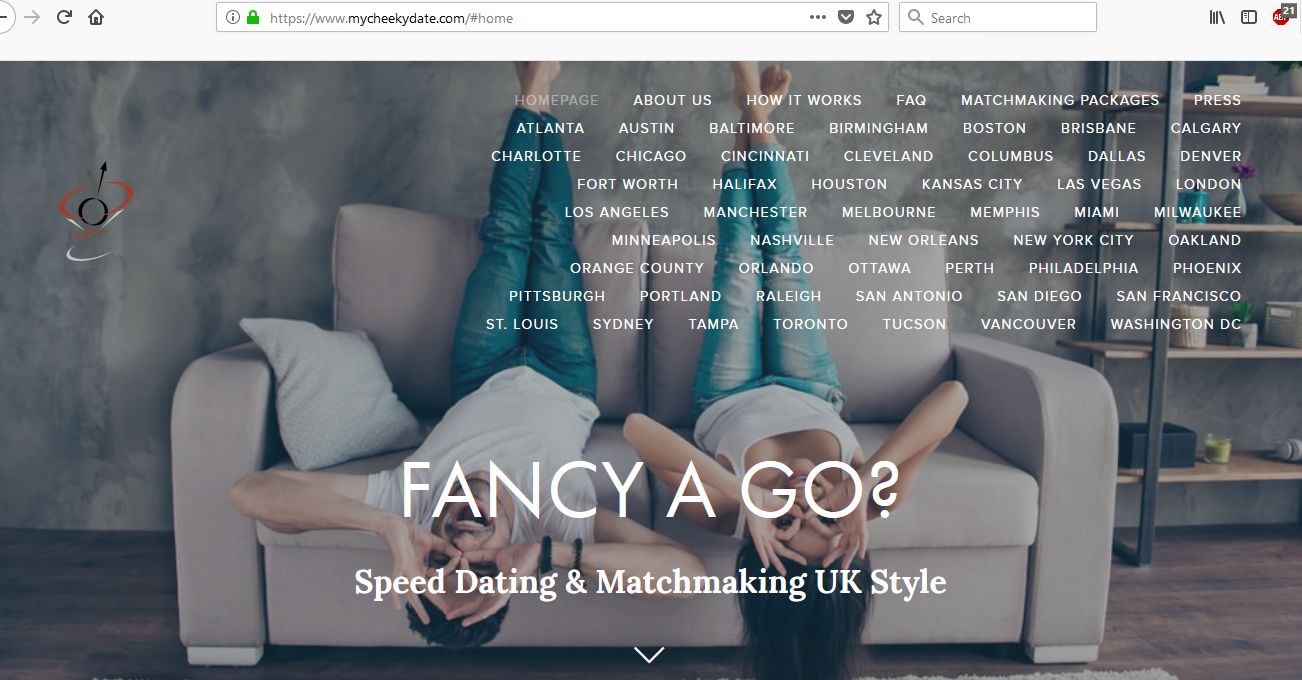